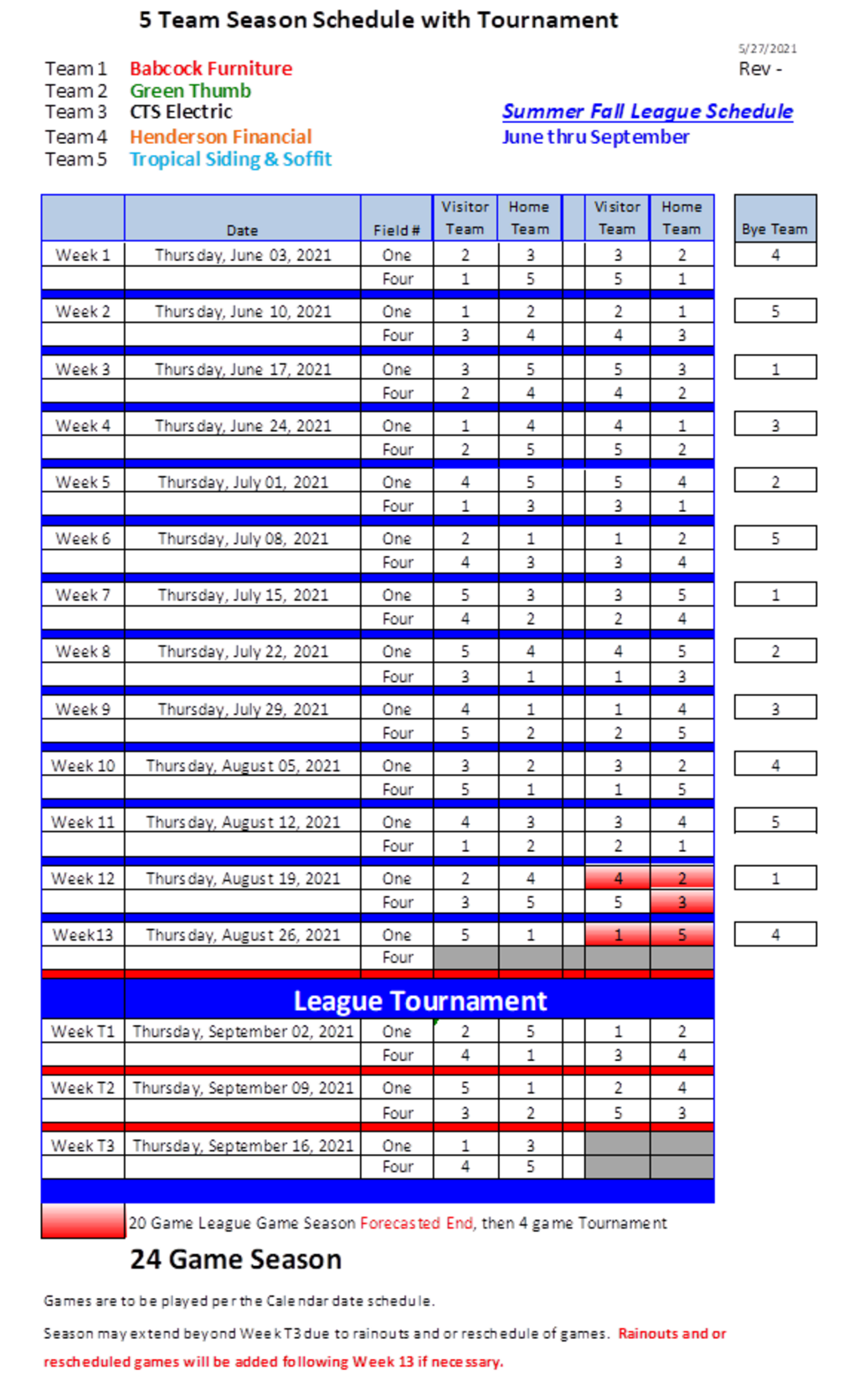 "It is never too late to live your dream"

Tournament Champions – Final  standing will determine Champion.  Should multiple teams have same final win loss records, tie breakers are in order of precedence: 1) head-to-head team record during tournament, 2) run differential during tournament, and 3) runs scored against during the tournament.